Writer Anamaría Crowe Serrano on her Spanish grandfather: Not all of them were fascists (independent.ie) 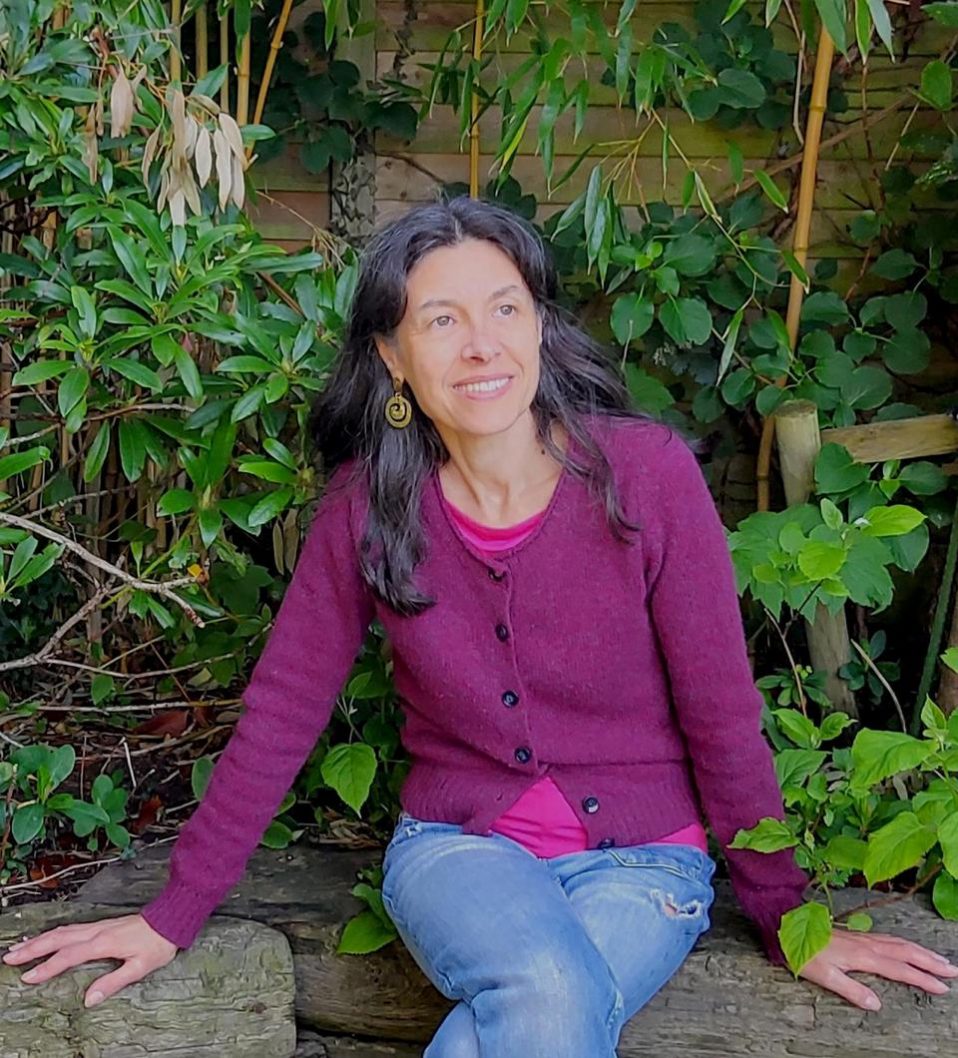 04 Jul (independent.ie).- Discovering that her gentle grandfather fought for Franco in the Spanish Civil War sent Anamaría Crowe Serrano on a journey of exploration she describes in her new novel.

You wouldn’t think the green countryside of Co Meath and the glittering Mediterranean coastline of Andalucía had much in common, but for me during my childhood they were two sides of the same coin: they were home.

My mother came to Ireland from Spain in the early 1960s to learn English and met my father at a dance on Saint Patrick’s Day. He was from Dublin, so after they married we lived in the city for a few years but moved to Co Meath when I was six. It was an idyllic place in which to grow up, with safe country lanes to explore on our bikes, and the ancient ruins of Trim castle, the Abbey, and the Echo Gate to fire a child’s
imagination.

Come summer, we left all that behind to visit my grandparents in Spain. The excitement was magnified on both sides by the fact that the journey was long and expensive and, therefore, only possible once a year. Recent lockdowns have brought back memories of those prolonged absences and the joy of reuniting with loved ones.

My grandfather — Abuelito to us — had been a teacher for much of his life and took us under his wing in the afternoons to give the women a break after busy mornings cleaning, going to market, then hours in the kitchen cooking lunch for 12 or more people. In a world where gender roles were clearly differentiated, he was a progressive man who knew the importance of self-sufficiency and wanted to pass on his knowledge to us.

Afternoons with him were full of adventure. He would take us on hikes up the mountains to swim in natural rock pools, pointing out which berries were poisonous and which you could eat if you had no food in the wilderness. He showed us how to locate the North star at night so we could find our way home if we were lost, how to make briquettes for the fire with old newspapers, how to quench thirst when you have nothing to drink in the stifling heat. (You suck a small pebble. It works, although we did turn up our noses at the idea.)

Somewhere in the middle of all this, sitting around the dinner table where banter went on long after lunch, I became aware that Abuelito had fought in the Spanish Civil War (1936 — 1939) for someone called Franco, who was still in power. Not that the war was mentioned in any direct way. My family, like so many families in Spain, maintained the collective silence that surrounded those awful events until many years after Franco’s death in 1975.

As Irish people know all too well, one hundred years on from our own Civil War in the 1920s, when families— and the whole country — have been torn asunder because of divergent political ideologies, silence has its place. It is sometimes the greatest act of generosity one generation can offer the next. Biting your tongue is a hard thing to do and yet, as we saw after the Good Friday Agreement, it is sometimes the only way forward. In the immediate aftermath of atrocities, silence allows for new, more peaceful paths to be forged.  But that wasn’t something I understood as a child.

Back then, I was simply puzzled that on the occasions my grandfather’s allegiance to Franco was mentioned, it was with a touch of pride from some family members but with undercurrents of disagreement from others. Nothing was elaborated on. No details of his participation in the war were ever shared. Occasionally, however, when we complained about eating the vegetables on our plate, he would quietly tell us to eat everything with gratitude because we didn’t know what it was like to go rummaging in dustbins with hunger.

I knew that came from a dark place in his past. The way he said it made a deep impression on me, but when I asked him to tell me what the war had been like, he became uncharacteristically jovial and spun a yarn about flinging flying horses at the enemy. Even as a 10-year-old girl I understoodthat far-fetched story meant I should ask no more questions.

So little was said on the matter, in fact, that I had no sense of who Franco was until I was in history class back at school in Trim. There I was stunned to learn that the man my gentle grandfather had fought for was a fascist and a dictator. I couldn’t believe Abuelito had chosen to be on the wrong side of history.

Knowing my grandfather, I knew deep down that not all those who fought for Franco could possibly be monsters; not all of them held evil, radical, intolerant views. More importantly, not all of them were even fascist or against democracy. Some, like my grandfather, must have been sensitive, creative people, educators with a strong sense of their own humility, people who cared about those less well off, tolerant of ideas they didn’t necessarily agree with. So what drove a man like my grandfather to fight for Franco? For years, I felt that if I couldn’t answer that question, I was missing an important side to him. Even though I was afraid of what I might find, after he died in 2005, I set about researching the period of unrest that led to the Spanish Civil War. It proved to be more complex and murky than the history textbooks had suggested.

Spain in the 1930s was politically very fragile. In the February 1936 elections almost 50pc of Spaniards voted for the right-wing CEDA party. It wasn’t going to take much to destabilise the country. Unfortunately, the Republican government missed its opportunity to hold on to power despite good ideas for social, religious, agrarian, and other reforms, including women’s rights. It splintered almost immediately after election into the many constituent parties of the left, famously listed in George Orwell’s Homage to Catalonia.

In the months after the election, rule of law and the democratic ideal were falling apart, with anarchist factions instigating some horrific attacks, especially against the religious, in a period tellingly called the Red Terror.Many who had originally supported the Republic began to lose faith in it. They felt threatened by the violence on the streets against anyone who didn’t believe in the Republic’s vision for Spain. Others feared Stalinist-style Communist repression. Franco and the military (often called the rebels) had their own interests in ousting the Republican government, but many ordinary people, my grandfather among them, saw Franco at the time as the force that was needed to quell the unrest and defend their religious beliefs and institutions.

Only in the past 15 years or so, decades after Franco’s death, has it been possible for Spain to re-examine the war and gain a better understanding of what happened and why. Once silence outlives its usefulness it is important to try and frame past conflicts in the broader context of their time; not to justify one person’s actions over another’s but to avoid becoming victims of the fear and paranoia that lead to a polarised society.

On a personal level, I have come to see my grandfather differently. My memories of him are now tinged with sadness that he, a pacifist, was forced by circumstance to take sides in a conflict that offered no middle ground. He may have fought for Franco, but the reasons are clearer now and, to my surprise, they dispel my conflicted feelings. Abuelito is, as he always was, one of the most wonderful people I ever had the privilege of knowing.

Your ticket for the: Writer Anamaría Crowe Serrano on her Spanish grandfather: Not all of them were fascists (independent.ie)

Writer Anamaría Crowe Serrano on her Spanish grandfather: Not all of them were fascists (independent.ie)