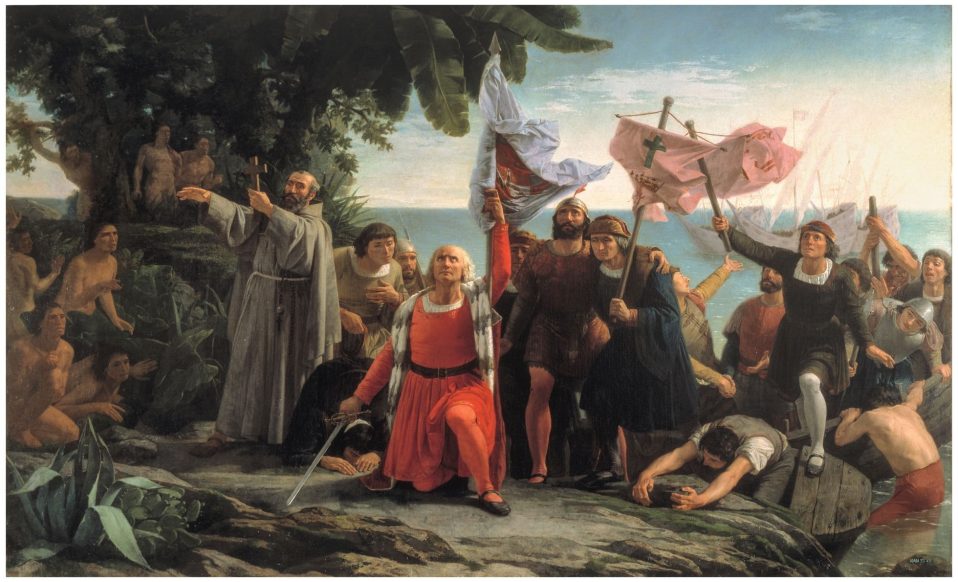 24 May (El País).- Granada University and several international laboratories will analyze the explorer’s remains to determine if he was from Italy, Portugal or a region of Spain

Thanks to the most advanced genetic technology available, one of the greatest historical enigmas of all time may be solved next October: where Christopher Columbus, the explorer credited with the discovery of America, was born. An investigation undertaken by Granada University, requiring the collaboration of laboratories in Granada, Florence, Rome, Texas and Mexico, will determine his place of birth based on a genetic analysis of the navigator’s bones and a comparison with those thought to belong to his family members. What the history books have long held to be true may soon have to be revised. “We are at the most decisive stage, after a long wait for the advanced genetic analysis technology that would guarantee the best chances of success,” say the researchers behind the project, which is called Columbus DNA: His True Identity.

Columbus died on May 20, 1506, in Valladolid, with his place of birth still not irrefutably established. José Antonio Lorente, professor of Legal and Forensic Medicine at the University of Granada, together with anthropologist Juan Carlos Álvarez Merino and historian Marcial Castro exhumed the remains of Columbus and his son Hernando in 2003 from a tomb in the Seville Cathedral. Given the tomb is on Spain’s cultural heritage list (BIC), it was a complex process. When finally some of the bones were exhumed, they were transferred to Granada University, together with those of Diego Columbus, the explorer’s brother, buried in La Cartuja-Pickman factory in Seville. Once at the university, they were kept in a fortified room. During that stage of the investigation, the family tie between the three sets of skeletal remains – the two brothers, Christopher and Diego, and Columbus’ son, Hernando – was confirmed.

The Dominican Republic, however, maintains that the navigator rests in the cathedral in Santo Domingo, in a coffin found in 1877 with the inscription “Christopher Columbus.” This claim is made due to the fact that the bodies of the explorer and his son were transferred from the Iberian peninsula in 1523 to Hispaniola – a territory that is today divided between the Spanish-speaking Dominican Republic and the French-speaking Haiti – where Christopher Columbus wished to be buried. The bodies remained in the cathedral in Santo Domingo until 1793, when Spain ceded the Caribbean island to France. The coffins were then transported to the cathedral in Havana, Cuba, where they remained until Cuba gained independence in 1898. From there, they were sent back to Spain and placed in the Seville Cathedral, where the bodies have rested ever since in an impressive tomb crafted by Spanish artist Arturo Mélida. The researchers are now trying to get the government of the Dominican Republic to hand over the rest of the remains of what they presume to be Christopher Columbus for analysis.

The remains have been sent for analysis to be carried out by the university itself and different European and US laboratories. To avoid any suspicion of foul play should it be proved that the explorer was not from the Italian city of Genoa, as has generally been believed until now, Italy is also involved. The results will be made public in October in a documentary directed by Regis Francisco López, produced by Spain’s public broadcaster, RTVE, and Story Productions, the same producers who made last year’s documentary on the European-Berber origins of the Guanches, the indigenous people of Tenerife.

The theory most widely accepted by historians states that Columbus was born in Genoa in northern Italy in 1451 to Giovanni Colombus and Giovanna Fontanarrosa, a family of weavers. Various historical documents, such as his son Hernando Columbus’ will, confirm this. Doubts persist, however, since Columbus himself never wrote a word in Italian, using instead Valencian, Mallorcan, Galician and Portuguese. In fact, there are numerous theories that maintain that the explorer hid or falsified his origins either because he was a converted Jew or because of legal complications regarding his inheritance. Reputed historians have stated that he came from countries as diverse as Spain, Portugal, Croatia and Poland.

According to a statement from the researchers at Granada University, “this is the most ambitious scientific research yet on Columbus’ origins and compiles the work developed by the different theses that have emerged so far and that have possible genetic information to contrast. Valencia, Portugal, Galicia, Navarre and Mallorca will be some of the possibilities analyzed.”

Last week, international authors arrived in Granada to discuss their theories about Columbus’ origins and deliver the material they have collected so far, including documentary sources, historical records and even genetic remains to Professor Lorente. Francesc Albardaner i Llorens, member of the Catalan Society of Historical Studies, believes Columbus was born in Valencia into a family of converted Jews. According to this historian, Columbus’ father was an emigrant who arrived in Valencia from Liguria in Italy and married a woman from Valencia. “Due to being the son of a mixed marriage, he could present himself as Genoese, as well as a naturalized subject of the Crown of Aragon,” says Albardaner i Llorens.

Fernando Branco, a professor at Lisbon University, believes that the explorer was Portuguese. According to Branco, an honorary member of the Academy of Portuguese History, Columbus’s real name was Pedro Ataíde and he was a corsair or privateer who fled to Castile in 1485. Meanwhile, historians José and Antonio Mattos e Silva maintain that he was the bastard son of the Portuguese princess, Leonor de Aviz. A third theory involving Portugal is proposed by the researcher Carlos Evaristo, who insists that, in reality, Columbus was the son of Ferdinand, the duke of Visue and Beja, and Isabel Gonçalves, a woman of Jewish descent. According to this version, Columbus would have been called Salvador Fernandes Zarco, and been born in the town of Cuba, in Portugal’s Alentejo region. As an adult, he became a captain and spied on Castile on behalf of King John II of Portugal. The author describes Columbus as a kind of “007 agent” for Spain’s neighbor.

On the other hand, the doctor José Mari Ercilla claims that the explorer was born in the Spanish region of Navarre, in the town of Ainza, and that he carried the HLA-B27 antigen, characteristic of the Cagots, a marginalized minority living between Spain and France. He says that only in Navarre and America are there towns called Ainza. “This name has not existed in any other part of the world except in America after it was discovered by Columbus. It’s a place name that only someone born there could know because the Columbus family, according to the Navarre royal censuses, inhabited this village of only five houses.”

Meanwhile, Gabriel Verd Martorell, president of the Christopher Columbus Cultural Association, maintains that Columbus was the son of Charles, prince of Viana, who was the brother of Ferdinand II of Aragón, and of Margalida Colom from Mallorca. According to this historian, Columbus was born in Felanitx in Mallorca, in 1460, and named an island he discovered in 1498 off the Venezuelan coast Margarita as a tribute to his mother.

However, Eduardo Esteban Meruéndano, president of the Galician Christopher Columbus Association, Celso García de la Riega, believes Columbus hailed from Galicia. But Alfonso C. Sanz Núñez, associate professor in the Department of Regional Geographic Analysis at Madrid’s Complutense University, claims that the explorer was born in Espinosa de Henares in Guadalajara on June 18, 1435, and is buried in Cogulludo in Guadalajara. He says Columbus was the grandson of Diego Hurtado de Mendoza, an admiral of Castile and senior officer of the king in the navy, and the son of Aldonza de Mendoza, duchess of Arjona. According to Sanz Núñez, when his mother died, she left him 13,000 maravedies – old Spanish currency, one of which would be equivalent to around €16 today – but this inheritance was stolen by his uncle, the marquis of Santillana. Given his lineage, the Catholic Monarchs, Queen Isabella I of Castile and King Ferdinand I named Columbus “Admiral of the Ocean Sea.”

Clearly, there are still many doubts about Columbus’s true origins.

Your ticket for the: Study of Christopher Columbus’ DNA set to reveal his true origins (El Pais)