The hunt for Red Hugh (THE MAYO NEWS) 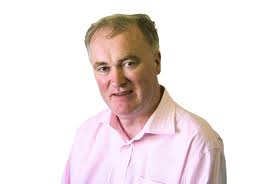 Christmas Eve 1601 marks the end of the Gaelic political power in Ireland. It is the date of the Battle of Kinsale when Hugh O’Neill and the Red Hugh O’Donnell were defeated in their efforts to prevent the Tudor subjugation of the country.
They travelled from Ulster in the depth of winter to meet up with a Spanish force which had arrived in Cork to aid their cause. Due to a combination of bad weather, tactical ineptitude and the ruthless efficiency of the English general, Lord Mountjoy, their campaign failed miserably.
Shortly afterwards Red Hugh left for Spain, hoping to persuade King Philip to send another force to Ireland. Four centuries later he is once again in the headlines. An archaeological dig is currently underway in Valladolid, a city in the northwest of Spain, where he is buried, to discover his remains.
Red Hugh had two amicable meetings with the King. Whether another Spanish army might have been sent is a matter of conjecture for he contracted a severe fever. He lingered for 17 days before dying on the September 10, 1602.
In the ‘Annals of The Four Masters’ there is an elegiac account of his funeral:
“His body was conveyed to the King’s palace at Valladolid in a four-wheeled hearse, surrounded by countless numbers of the King’s state officers, council and guards with luminous torches and bright flambeaux of beautiful wax-light burning on each side of him.
“He was afterwards interred in the Monastery of St Francis with veneration and honour and in the most solemn manner that any of the Gaels had been ever interred in before. Masses and many hymns, chants and melodious canticles were celebrated for the welfare of his soul, and his requiem was sung with becoming solemnity.” He was only 29.
In his play ‘Making History’, Brian Friel portrays Red Hugh as fiery, charismatic and passionate, committed to Catholicism and determined to preserve the values, language and culture of Gaelic Ireland. Extant historical sources about him are scarce, but what exists testifies to the accuracy of Friel’s depiction.
From his childhood he inherited a suspicion of English rule in Ireland from his father, who was chief of the O’Donnells, and his Scottish mother. This suspicion hardened into hatred when, at the age of 15, he was captured on the instructions of Sir John Perrott, the English Lord Deputy in Ireland. Perrott wanted to discourage an alliance between the O’Donnells and the O’Neills.
Red Hugh, with two friends, was lured aboard a ship in Lough Swilly, plied with drink and brought directly to Dublin Castle for three years he endured darkness and malnutrition in a stone cell. In ‘The Twilight Lords’, Richard Berleth wrote: “He never forgave or forgot the humiliations his captors inflicted on him.”
In January 1592, Hugh O’Neill helped engineer his escape from the castle. On the night of a dreadful blizzard, Red Hugh and two friends made their way to Wicklow, eventually finding refuge with Fiach McHugh, a Gaelic chieftain. So severe were there conditions that only Hugh survived the ordeal, though he lost his big toes due to frost bite.
On his return to Donegal, he succeeded his father as chief of The O’Donnells. With Hugh O’Neill, he embarked on the Nine Years War that culminated in the defeat at Kinsale.
In 1836, the Monastery Of St Francis in Valladolid was demolished. Queries from Irish visitors about the whereabouts of the burial of Red Hugh prompted local archaeologists to conduct a search. Given the number of bodies buried at the site, it is problematic as to whether they will discover his remains. For those of us who love history and Spain, the story is a welcome antidote to the barrage of coronavirus coverage in the media.

Your ticket for the: The hunt for Red Hugh (THE MAYO NEWS)

The hunt for Red Hugh (THE MAYO NEWS)