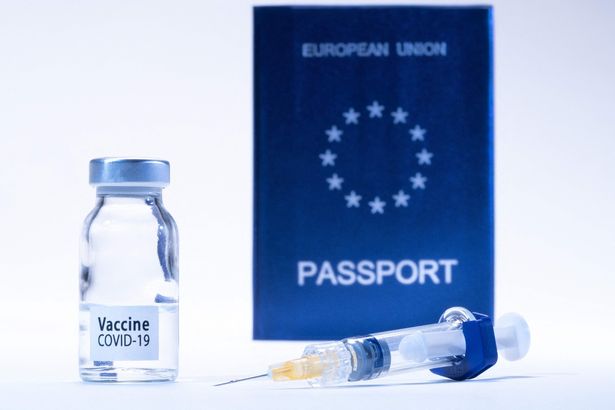 18 Mar (irishmirror).- Greece, Spain, Cyprus and Turkey have all said they will welcome Irish arrivals who have either had the vaccine or have had a recent negative COVID-19 test

These are the list of requirements you’ll need to jet off to Spain this summer as vaccine passports are likely to be in place.

Greece, Spain, Cyprus and Turkey have all said they will welcome Irish arrivals who have either had the vaccine or have had a recent negative COVID-19 test.

Brussels has unveiled plans for an EU-wide vaccine passport to allow citizens to travel safely between member states.

The digital certificate will show proof of vaccination,  show negative test results or whether the holder has previously recovered from the virus.

It’s hoped the so-called ‘Green Pass’ will help EU countries’ hard-hit tourism industries recover from the battering they have suffered during the Covid-19 pandemic.

It will show whether a person has had a European Medicines Agency (EMA) approved vaccine.

But Brussels chiefs said it will be up to member states whether they accept the Russian or Chinese jab, neither of which have been given the green light by the EMA.

The certificate was the main point of discussion at a meeting of the European Commission College on Wednesday, led by Commission President Ursula von der Leyen.

She told a press conference in Brussels: “We aim to help member states reinstate the freedom of movement in a safe, responsible and trusted manner.”

Cityjet CEO Patrick Byrne is hopeful that Irish people will be able to holiday abroad in the next few months.

Speaking on Newstalk Breakfast, he said: “I think it’s realistic. I think there’s a huge pressure building out there from pent up pressure of people who have a demand to want to travel, to need to travel. I think that is eventually going to hold sway on political leadership.

He believes that the digital green certificate would be a big help to the aviation busienss.

Patrick added: “It seems to be broader than vaccine only which is very good. I think it’s a pragmatic approach. It’s a proposal at this stage, it’s going to debate next week.

“And if it’s approved as advertised, I think it could be a big boost for the aviation business.”

Airlines and holiday companies across Europe are desperate for travel to resume this summer after a year of COVID-19 restrictions has left them struggling to survive.

A vaccine passport scheme could for example help nightclubs, theatres or gigs restart earlier or more fully than they would have done without one.

Currently going on holiday from Ireland is illegal, with travel only allowed for people with a reasonable excuse such as work.

Your ticket for the: List of requirements you’ll need to jet off to Spain this summer as vaccine passports likely