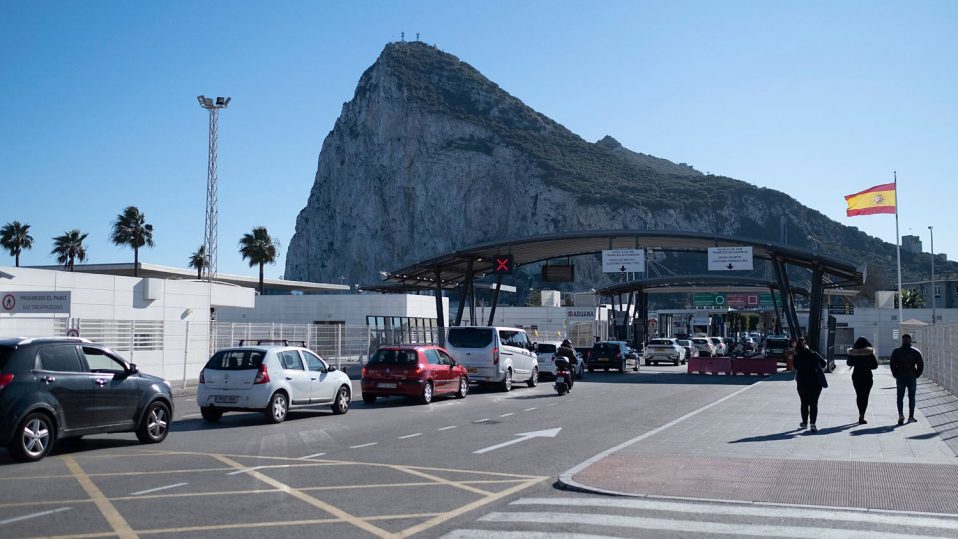 11 Jan (ElPais).- The document describing this framework agreement, to which EL PAÍS has had access, contemplates demolishing any “physical barrier” between the British Overseas Territory and La Línea in Cádiz

MARIA MARTIN|MIGUEL GONZÁLEZ, 11 Jan (ElPais) On December 31, just a few hours before Britain definitively exited the European Union, Spain and the United Kingdom, along with Gibraltarian representatives included in the British delegation, reached a preliminary agreement that will change relations between the British Overseas Territory and Spain more significantly than any other event of the past 300 years.

Gibraltar, which sits at the southern tip of the Iberian peninsula, was ceded to Britain in 1713 during the War of Spanish Succession, although disputes over sovereignty and jurisdiction issues remain to this day. In the Brexit referendum of 2016, Gibraltarians overwhelmingly voted to remain in the EU.

In a statement released on December 31, British Foreign Secretary Dominic Raab described the new agreement as “a political framework to form the basis of a separate treaty between the UK and the EU regarding Gibraltar.” He said the document would be sent to the European Commission to initiate negotiations on a formal treaty reflecting the contents of the deal.

The document describing this preliminary agreement, to which EL PAÍS has had access, contemplates demolishing any “physical barrier” between the British territory and Spain, in a reference to the 1.2-kilometer boundary separating Gibraltar from the Spanish city of La Línea de la Concepción, in Cádiz province. This border has traditionally been known as La Verja, or the fence, and it was closed for 13 years under Franco, from 1969 to 1982. Customs checks are conducted by officials on both sides, and greater border fluidity has been a long-standing demand of local residents and businesses.

The “Proposed framework for a future EU-UK legal instrument setting out Gibraltar’s future relationship with the EU” also talks about implementing a double-key system (controlled by both Gibraltarian and Spanish officers) for entry through the port and airport of Gibraltar, which would in effect be joining the Schengen area, a European free-travel zone made up of 26 countries (22 from the EU, plus Norway, Switzerland, Iceland and Liechtenstein). As a part of this zone, the international boundary would no longer be at La Verja, but at Gibraltar’s port and airport. The UK is not a part of Schengen.

The document, to be distributed to the 27 members of the European Union, contains guidelines for negotiating a formal treaty on Gibraltar that should be ready to enter into force six months from now.

These are the main points of the agreement:

Sovereignty. Articles 1 and 3 underscore that the framework is “without prejudice to the issue of sovereignty and jurisdiction” of Gibraltar, and that the future treaty will safeguard the respective positions of Spain and the UK on this matter. In his letter presenting the agreement, the British ambassador to the EU, Sir Tim Barrow demands “effective bridging arrangements” to prevent new barriers in relations between the EU and Gibraltar while work on the future treaty is underway.

Mobility. According to the preliminary agreement, the future treaty will contain provisions to enable the implementation of the most relevant aspects of “the Schengen acquis” in order to eliminate controls on the movement of people between Gibraltar and the Schengen area, by eliminating all physical barriers.

Role of Spain. Spain, as a member of Schengen, will be in charge of the implementation of relevant Schengen checks. These will not be implemented by the UK (Gibraltar). The document insists that Spain will be responsible before the EU for applying the relevant aspects of Schengen in Gibraltar, including the Schengen Borders Code and the protection of its external limits.

Double key for entry. Gibraltar will be the first to decide whether to allow or deny entry to a traveler, using its own database. After that, Spain will decide whether it allows or denies entry into the Schengen area (which Gibraltar will be a part of), using the Schengen database. “Both decisions will be cumulative,” reads the text, meaning that both authorizations will be required to enter Gibraltar.

Port and airport. Spain and Gibraltar will conduct people and baggage checks at the port facilities, besides other controls on cruise ships and at the marina. Similar procedures will apply to air travelers. Spanish and Gibraltarian officers will share office space at an airport facility created for this purpose, according to the text.

Transition period. During a “reasonable period of implementation” lasting four years, Spain will seek operational assistance from Frontex, the European border agency, to conduct tasks relating to Schengen controls and the protection of external borders, in what will be a joint mission. In the event that, after four years, one of the parties (Spain or the UK, including Gibraltarians) is not happy with the results, the agreement will be terminated following a period of consultations.

Visas. Spanish embassies and consulates will have the power to issue short-term Schengen visas of up to 90 days to people seeking to enter the European border-free area through Gibraltar. Spain will inform Gibraltar of the visas it has issued, and the latter “must align itself with the EU’s visa policy.” Spanish embassies and consulates will also issue long-term visas of more than 90 days to people with permits granting them residency in Gibraltar, although they could be delivered to applicants through the corresponding British embassy. Spain will also be in charge of handling ETIAS, the new European Union Travel Authorization System due to go into effect in 2022, and which will introduce security screening and entry fees for travelers to the EU from countries whose citizens do not require a visa.

Residence permits. Gibraltar authorities will be able to issue residence permits that “will only be valid to reside in Gibraltar.” The document warns that Gibraltarian authorities must take into account any potential opposition formulated by Spain. The government of Gibraltar must guarantee that its residency policy will adapt to Spanish and European standards, and be based on “the existence of real links with Gibraltar.”

Return and asylum. Travelers rejected at the border in Gibraltar will be subject to Schengen rules on sending them back to their countries of origin. Gibraltarian authorities will have the power to grant asylum, but their decision will be subject to consultation with the European Commission to ascertain that it aligns with EU legislation.

Customs union. The future treaty will include a “bespoke solution” based on adapting the EU’s customs union to Gibraltar, which had been excluded from the border-free zone until now. The customs checkpoint at La Verja will be eliminated, but there will be a need for safeguards to avoid distortion in the internal market, particularly in the economy of the nearby Spanish region of Andalusia. To that effect, Gibraltar will have to apply “substantially” the same duties and trade policy measures as the EU, which includes customs, excise and value-added tax legislation, prohibitions and restrictions for security reasons, and sharing reliable statistics on its imports with the EU.

Safeguard mechanism. Specific customs procedures will be formalized on Spanish territory, although there will be control points at the port and airport of Gibraltar. Customs officials from Spain and Gibraltar will work together to monitor the latter’s imports. A mechanism will be implemented to monitor the application of EU customs legislation, and if breaches are detected, controls could be reintroduced. “Eliminating the physical barriers between Spain and Gibraltar will require reinforcing harmonization,” says the document, adding that the small volume of goods moving from Gibraltar to the EU should mean that the paperwork will not represent an excessive administrative burden.

Tobacco. The document discusses excise duties for “sensitive products” (tobacco, alcohol and fuel) and the need to adopt measures that will guarantee a level playing field and “ensure the traceability of tobacco products.” The document calls for administrative agreements between Spain and Gibraltar authorities to develop mutual cooperation in this area.

Environment. Gibraltar, says the text, will not adopt or maintain any measure that weakens the EU’s environmental protection levels. Mutual cooperation on this issue will be reinforced.

Cohesion fund. The agreement could include the creation of a financial cohesion mechanism between Gibraltar and the surrounding Campo de Gibraltar covering training. skills and employment. The EU’s funds could contribute to this mechanism.

Cross-border workers. The definition will be as broad as possible and include both employees and self-employed workers. They will be guaranteed the same treatment as nationals in terms of employment, pay and working conditions. Their work permit will give them preferential access to the labor market regardless of their situation, working authorization will not be limited by types of occupation, and it will be possible to change employers. The application may be filed either by the worker or the employer, and just the fact of filing it could include the right to personal mobility as part of the job-seeking process. Successful applicants will receive a physical document accrediting that they are cross-border workers.

Social Security. The agreement will include a chapter on coordinating social security benefits for individuals who work in Gibraltar and reside in Spain and vice-versa. Provisions will be similar to those included in the Withdrawal Agreement between the EU and the UK, and never inferior in terms of protection levels and rights.

Personal data. In order to facilitate the flow of personal data, European legislation on this matter will continue to apply to Gibraltar, while adapting to any changes.

Dispute resolution. Differences over the implementation of the agreement will be arbitrated by a dispute mechanism agreed to in the general Brexit treaty between London and Brussels.

Your ticket for the: Deal between Spain and UK plans to eliminate Gibraltar border checkpoint